OCD vs. OCPD: How Do You Distinguish? In this article, you are going to read about obsessive-compulsive personality disorder. You will learn about its symptoms and causes, prognosis, and how it is treated. You will also find out how OCD is related to OCPD. Let’s start!

What Is Obsessive-compulsive Personality Disorder (OCPD)?

Someone with OCPD may keep everything set up just the right way, always going out of their way to pay attention and ensure that everything remains orderly and precise. In a nutshell, OCPD characteristics may include:

A pervasive pattern of preoccupation with orderliness, perfectionism, and mental and interpersonal control, at the expense of flexibility, openness, and efficiency, beginning by early adulthood and present in a variety of contexts.

OCPD is not typically associated with extreme hostility. Instead, people with OCPD can become paralyzed because of obsessions and compulsions. This may look like insistence on maintaining control or simply spending too much time on details they believe are important but won’t impact their goals.

Common symptoms of OCPD are given below:

In his book, Disorders of Personality: DSM-IV and Beyond, Theodore Millon has classified the various personality disorders into the following categories:

Conscientious Compulsive Personality Disorder is a habit that a person is disposed of as an acquired pattern of personality traits. They assume themselves as determined, perfectionists, principled, dependent, cooperative, humbler, mindful, and reliable.

These people create their personality traits based on remarks given by other people and often believe that making mistakes will lead to abandonment and criticism.

Puritanical is an adjective that describes a moralist who is excessively severe in judging or condemning others. Puritanical Compulsive Personality Disorder is a behavioral pattern characterized by rigid and sometimes exaggerated moral standards, excessive devotion to work and social approval, and an overwhelming fear of criticism.

A person suffering from this type constantly battles with sexual desires and impulses and tries to make their impulses accountable through religion. They often divide thoughts into only two categories, i.e., good or evil.

Bureaucratic Compulsive Personality Disorder is characterized by purposeful and repetitive activities involving meaningless rituals. The patient is compulsive to following procedures and orders and gets pleasure from creating documents, charts, and tables according to specific, precise rules or guidelines.

This condition occurs in individuals who hold positions in formal organizations or institutions. A person suffering from BCPD may use their power to create fear amongst the subordinates if they break any rules and procedures. Such a patient thinks their productivity is polarized, i.e., whether it is done or not.

A person with Parsimonious Compulsive Personality Disorder often exhibits symptoms such as consistent hoarding tendencies and clinging to objects deemed useless or worthless yet are kept despite being unable to justify the significance of said possession.

In general, this is caused by parents who deprive their children of their wishes – leading them to develop an over-protective approach to their belongings.

Their negative behavior includes giving preference to avoiding any project or activity. They create doubts about their goals only to avoid being stressed and dubious. Compulsive acts restrain essential tasks and responsibilities to prevent even worse situations.

Many questions surround obsessive-compulsive personality disorder and its causes specifically. Although the reasons aren’t exactly clear, it is believed that OCPD can be caused due to genetics or environmental factors, and many studies have been done on both sides.

In addition to genetic factors, OCPD can also be brought on by childhood events and experiences. These events include neglectful or over-protective parents, physical or emotional abuse, and humiliation.

🔶 People with OCD know that their obsessive thoughts about being “right” and having everything in order are unrealistic. In contrast, people with OCPD aren’t self-aware, show repetitive behavior, and impose systems or patterns of behaviors and rules upon themselves.

🔶 OCD is an anxiety disorder where people feel compelled to carry out obsessive, unreasonable, and compulsive activities. Individuals with OCPD hold rigid ideas about how best to perform routine activities at home, work, or school. Over time, people with OCPD can become fixated on these odd details or rules.

🔶 If you ask any person diagnosed with OCPD who thinks they need treatment, they’d probably tell you “no.” The person might think everything would be better if everyone else did things their way. Whereas people with OCD often feel guilty due to the thoughts and behaviors that their obsessions and compulsions produce. So they are more likely to be open to treatment.

🔶 People with OCD may find that their obsessive thoughts interfere with their work, social, family life, and emotions. Contrary to what it might seem, people with OCPD, a person with OCPD may function better at work because they only want their job to be done correctly, which correlates with their perfectionist nature. However, the traits of OCPD can make the patient hurt their co-workers.

Doctors, psychologists, and psychiatrists can help identify a person who may have Obsessive-Compulsive Personality Disorder (OCPD). They will ask questions to assess whether that person displays any signs of OCPD or other disorders.

As explained in the Diagnostic and Statistical Manual of Mental Disorders, 5th edition (DSM-5), a patient with OCPD must have at least four of the below personality traits:

Regarding Obsessive-Compulsive Personality Disorder treatment, therapy and medication are often effective ways to deal with symptoms.

To be precise, Cognitive behavioral therapy (CBT) can help people with OCPD recognize maladaptive thought patterns and beliefs and replace them with more adaptive ways of thinking.

Along with Psychotherapy, Selective serotonin reuptake inhibitors (SSRIs) can be helpful. It is a class of drugs that increases the serotonin in the brain by limiting its reuptake. Serotonin is thought to be one of the primary neurotransmitters involved in mood regulation, obsessive thoughts, and compulsive behaviors. If serotonin levels are lower than average in the brain’s synapses, it may be associated with Obsessive-Compulsive Personality Disorder (OCD).

Hence, SSRIs allow your body to uptake more serotonin into the prefrontal cortex, where planning and decision-making occur. These brain parts work together, allowing us to inhibit impulses and adjust our feelings accordingly.

Breathing and relaxation techniques can help significantly reduce the sense of urgency or stress often experienced with OCPD.

A relaxation technique that can help you cope with OCPD is diaphragmatic breathing. Deep breathing or diaphragmatic breathing involves exhaling slowly and entirely while keeping the muscles in your abdomen relaxed. Taking deep breaths helps cause the body to produce endorphins, the body’s natural painkillers. Since stress is a significant trigger for obsessive thoughts, deep breathing can help to calm the mind and ease stress. 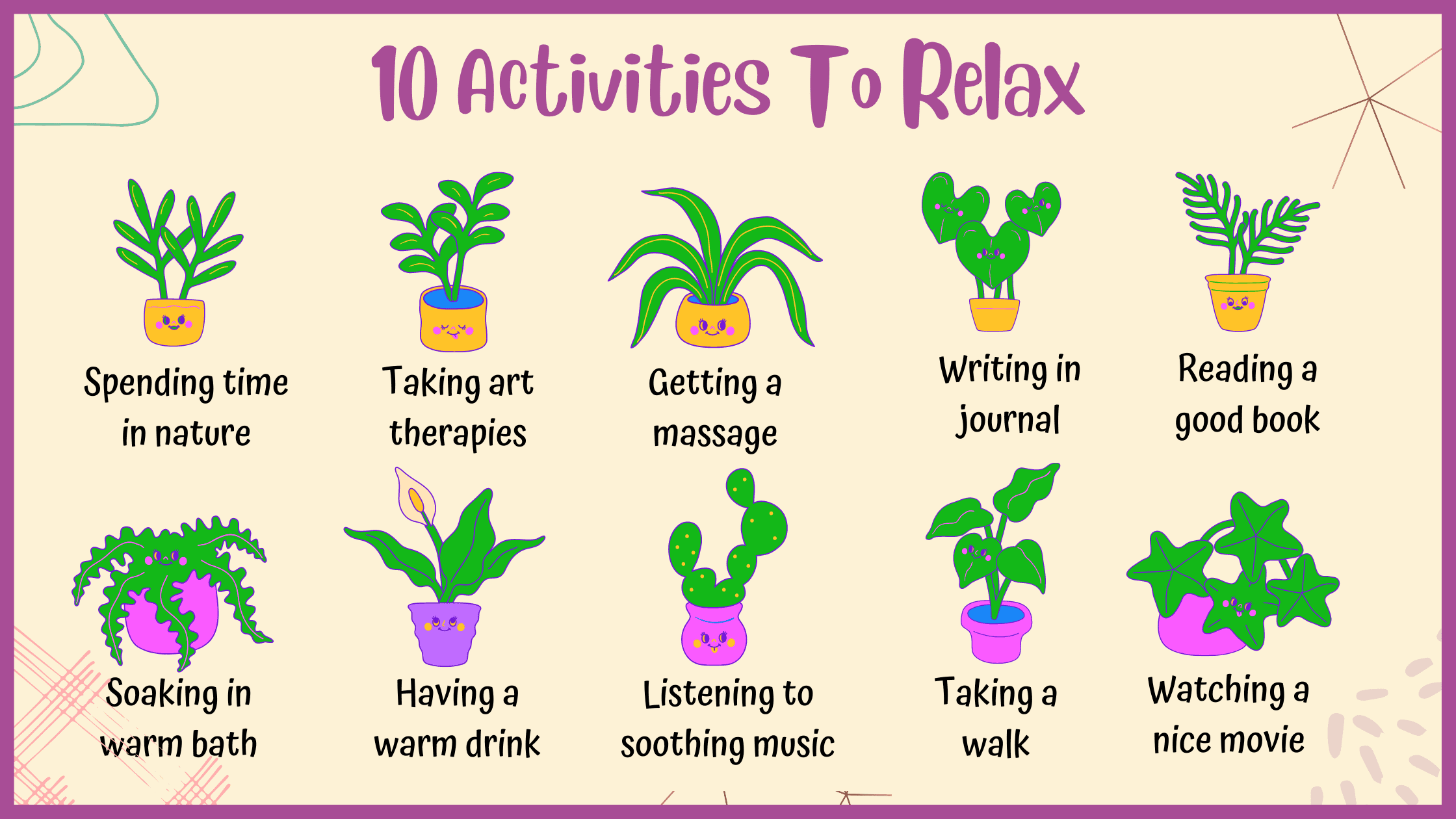 How to Cope With OCPD?

Obsessive-Compulsive Personality Disorder can make for some very challenging relationships. Here are some strategies you can use to cope with OCPD:

🔶 Spend some time in meditation: There is a slew of beneficial mental health benefits that come with meditation. Studies suggest that meditation has a positive effect on anxiety and psychological distress. Meditation is also associated with lowering levels of rumination, feelings of hostility, alerting and relaxing effects, and improved working memory capacity.

If you suspect that you or a loved one suffers from OCPD, speak with a doctor or therapist and consider pursuing professional treatment. Working with a mental health professional in the OCPD treatment is essential, especially from the beginning to ensure that it will not become a means of rationalizing or avoiding treatment. No treatment comes without challenges, but the challenge in overcoming OCPD is learning how to lighten up a bit about yourself and others.

How to Deal With Unrequited Love?

What Is Alogia? How to Treat It?