Have you ever learned something but had no idea when? That’s not how we usually learn new things. It is because we tend to associate learning and conditioning with reinforcement. Reinforcement can be either positive or negative.

However, learning can also occur without apparent reinforcement of the behavior or associations. This type of learning is known as latent learning and is studied as the capacity of the human mind to learn new things without any form of reinforcement.

Confused about what I am saying? Let me make it easier for you by giving you an example. A rock climber may learn to climb without anyone ever teaching them how. The climber watches others climb as a child, subconsciously learning the physical movements needed to be accomplished. They may then try climbing with little or no instruction and succeed. This is latent learning in action.

What Is Latent Learning?

The definition of ‘latent learning’ is relatively straightforward. In psychology, it is defined as learning that goes unnoticed. Latent learning refers to learning something and then successfully recalling that information or skill later on. It describes how animals (humans included) learn many things without ever being explicitly trained, which could potentially be helpful for the animal or person later.

If we ask “what is the moral of the story of latent learning?” Perhaps the main emphasis should be placed upon the fact that the rapid reorganization of skills under the stress of motivation cannot take place without the preceding skills.… The moral does not seem to be that learning takes place without any reinforcement, since there was reinforcement in the sense that some events regularly followed others even in the preliminary runs before food was brought in.

Latent learning can be applied to any situation where a person must learn new information, retain it, and use it later. The process may seem like traditional learning but without direct reinforcement.

Why Does Latent Learning Matter?

Latent learning occurs throughout our day-to-day lives. It is the identification of a trait that has been previously learned. Although what we have learned might not be readily apparent until the time when we need to display the knowledge, it is critical to master this concept. Let’s take a look at various examples of latent learning.

Latent learning is the existence of learning in an animal that cannot be observed when the creature is not motivated to learn. For example, rats can learn a maze without being rewarded, but if they can find food at the end, they will quickly solve the maze when hungry. Thus, latent learning is observed when animals have an external motivation to act.

Another one is that you may have learned how to roast a turkey by watching your parents do it every year you were growing up. You might not remember this while eating Thanksgiving dinner with your family. Still, when Thanksgiving comes around again, and you find yourself responsible for roasting your turkey, latent learning kicks in and saves the day!

It is the reason we can walk without consciously thinking about every step. The skill of walking is not taught; it is acquired through practice and experience. Latent learning is essential to humans because it allows us to retrieve information and understand behaviors without actively trying.

A few more examples of latent learning include:

Tolman believed that humans could learn things outside of consciousness, which was a controversial claim since most psychologists believed that all learning occurred through experience.

Tolman and his colleagues ran a series of experiments on rats to prove his point that learning can take place without immediate reinforcement. 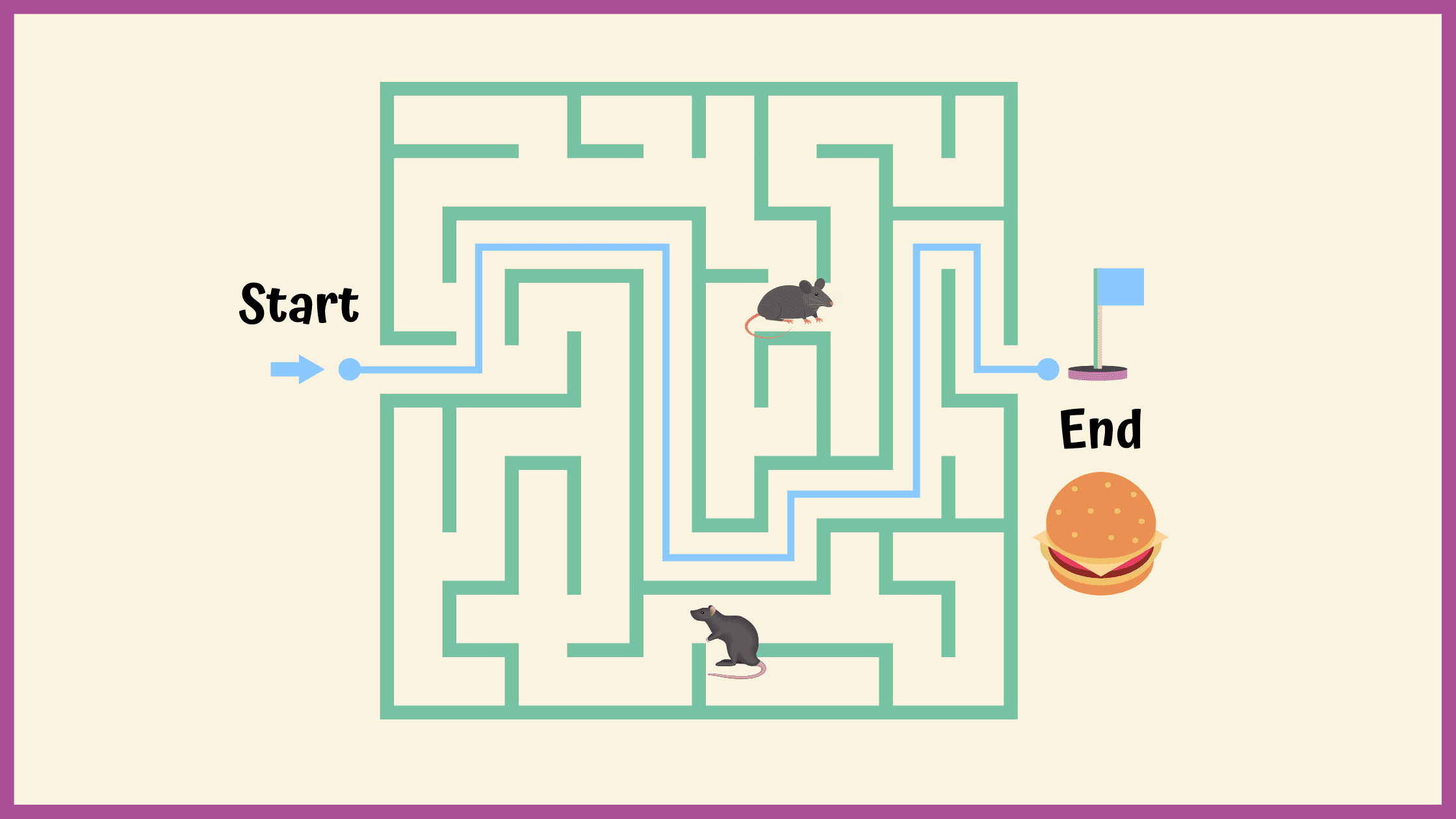 During the tests, rats were placed in mazes with food at the end. The rats were made to travel through a maze for food. The first group (HR) received food after getting out of the maze, while the second group got no such reinforcement (HNR). The third group (HNR-R) had the same experience as the first group but only one session out of eleven.

The first group of rats, as compared with the second group, showed a better learning curve, taking less time for every subsequent trial to reach their goal. In the second group, the rats’ progress was negligible.

What was especially striking about this experiment is that rats in the third group initially performed very poorly until they were exposed to the smell of food. When they realized that food was in the box, they suddenly became motivated to find it. As much as the first group.

Tolman’s experiment is a perfect example of latent learning. But he wasn’t the first and only person to prove that. According to a source, Blodgett, Tolman’s student, originated the concept.

Blodgett ran tests for three groups of rats (one control group and two experimental groups) through a maze. The control group’s rats found food in a box at the end of each day. One of the experimental groups’ rats, i.e., Group II rats, did not find food until the seventh day, but after that, they always found it at the end of the maze. Other rats (Group III) found food on the third day and continued to find it there on subsequent days.

The results showed that the experimental groups learned best on the first day after finding food, and their error rate decreased each day after that. Blodgett realized that rats could learn things even when they had no way of knowing that they’d done right. This learning would demonstrate itself later when the rewards were introduced.

Latent learning has been examined for many years and has been found to occur in various species. Several studies have identified the brain structures responsible for latent learning in humans. Some studies showed that the medial temporal lobe is involved in latent learning, especially the hippocampus.

In another study conducted with mice, a different group of scientists also found evidence that mice without a prion protein exhibit significantly different latent learning behaviors.

What Is the Difference Between Latent Learning and Observational Learning?

Observational learning is a form of behavioral learning in which individuals learn by observing and interacting with others. You can observe your parents, siblings, friends, or teachers, and you may be able to interact with them. Through such observation and interaction, you may pick up some behavior patterns that you can learn from.

This is how many animals, including humans, learn to exhibit learned behaviors. All the knowledge, skills, and abilities we possess have gradually been acquired through different means of social learning. On the other hand, latent learning is a way to learn while doing something without noticing it.

Latent learning is an integral part of human behavior. It refers to how people learn without realizing they’re learning. The phenomenon has been observed repeatedly to be the primary driver of lifetime achievements, success, etc. It suggests that we have a great capacity to learn, but much of our learning happens outside our conscious awareness.

When one has gained a latent skill, effortless ease comes over the actions that produce positive outcomes, leading them to be repeated without the conscious direction or deliberate practice that would seem to be required.

What Are Clove Cigarettes and Are They Safe?